This is the shocking state of St James Parish church at the junction of Cliftonville and Antrim roads in Belfast.

Brian Moore, in his novel, the Doctor’s Wife, misremembered the bombing and wrote that the spire was destroyed.

Some years ago, as the congregation dwindled, the Representative Church Body, which has held the property of the Church since disestablishment , indicated that they were putting the church on the market.

A local charitable institution proposed that , if the church and halls were transferred to it, for their use, they would be kept in good and proper condition and the small congregation could continue to worship there.

This proposal was rejected and the church was sold to the highest bidder, the Antiochian Orthodox Church of St Ignatius.

Since then , it appears to have been passed on, or sublet to St Gregorios Indian Orthodox Church.

This is the disgraceful condition of the grounds and outer walls. 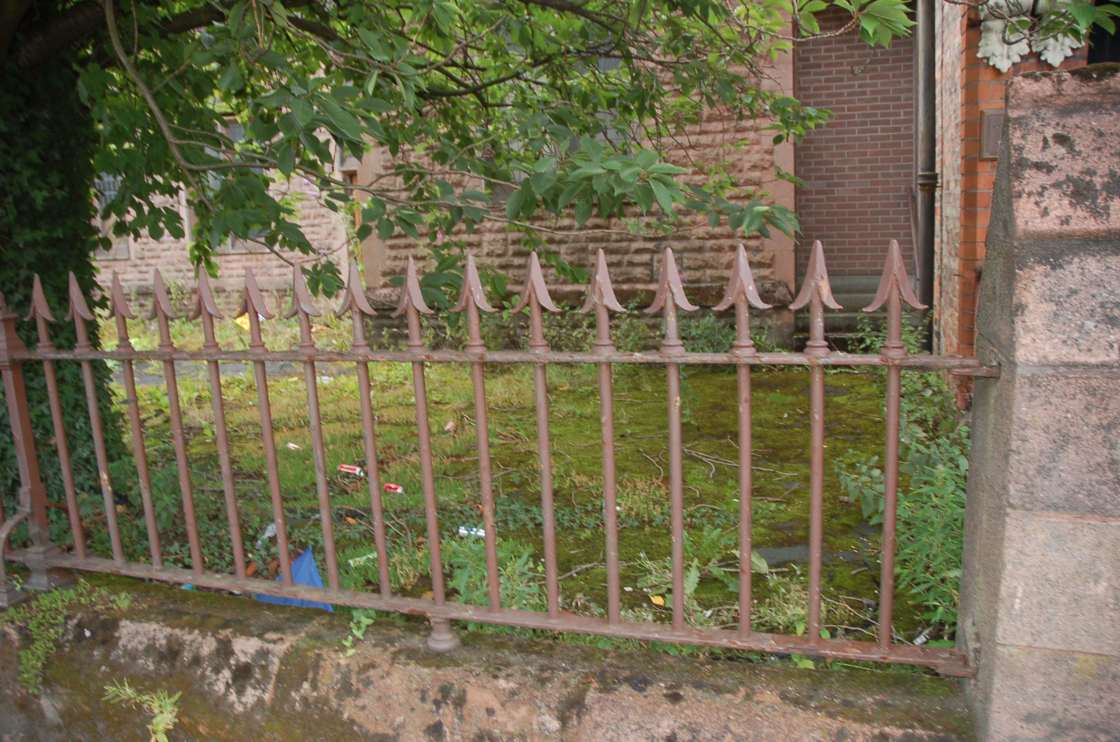 I do not know how much the Church of Ireland pocketed for this transaction but it flies in the face of practical Christianity.

How long before it goes on fire and becomes an even bigger blot on the landscape?